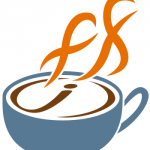 Even in 2009, when Oracle announced its plans to buy Sun Microsystems, it expressed support for JavaFX which is a multimedia software platform. Now, in early April 2012, Oracle announced another move to please the skeptics. Oracle will appoint two advocates for the JavaFX software platform.  However, many consider that this move might be a bit too late and insignificant for the JavaFX platform to dominate the market.  Sun launched JavaFX in 2007 and its primary goal was to build high quality media applications.

Since the launch of JavaFX, many other technologies have arrived for creating graphically oriented and rich looking applications. Some of these technologies are Microsoft Silverlight, HTML 5, Adobe Flash and Apple iOS. When Sun was acquired by Oracle, many people pondered over the future of JavaFX.  Oracle answered these speculations by releasing JavaFX 2.0 in 2011, and it also plans on releasing JavaFX 3.0 in summer of 2013. JavaFX 3.0 is already being touted as the next generation of Java clients. Oracle also said, after its acquisition of Sun was complete, that there would no longer be large gaps between successive releases. They followed it up with the release of JDK 7.

To further extend their support for Java, Oracle’s Director of Java Technology Outreach, Sharat Chander stated that from April 2 onwards, two prominent personalities from the world of JavaFX would support Oracle. These two advocates were revealed to be Stephen Chin and Jim Weaver. They are expected to join the Java Evangelist team of Oracle. Chander also states that people can expect the advocates to be involved in various activities which will make the best use of their JavaFX expertise. This information was released by Chander on the Java Source blog. Oracle did not reveal anything further, even after requests for more information.

How JavaFX Has Changed

The hiring of the two experts showcases the commitment of Oracle towards JavaFX.  Analyst Al Hilwa adds that the new approach by Oracle allows them to keep the good things from JavaFX technology and remove the detractions. Oracle will be able to retain the rich GUI capabilities that come with the language but they will not have to deal with the scripting language part. Hilwa also states that he likes the method being used as it delivers more value to the community. Before Oracle changed its strategy in 2011, the scripting language used in JavaFX was not seen as very useful because plug-ins were slowly being replaced by HTML 5 features.

If you think that Apple’s staunch resistance against having Java on iOS platforms will deter Oracle, then you should think again. Oracle has already shown that JavaFX can run on an iOS device, while Google’s Android uses JavaFX. Despite all the changes and progress being made by Oracle, it seems difficult for JavaFX to compete with the likes of HTML 5 and Silverlight in the present scenario.

Which Training Do You Need?

Latest Flames From Our Blog

This OBIEE 11g training tutorial shows you how to build a basic OBIEE repository before making it live for use by other developers. You will build it offline and then make it active at the end.   Before you start this OBIEE Tutorial Before … END_OF_DOCUMENT_TOKEN_TO_BE_REPLACED

The data you store in your Oracle database is only useful if you can retrieve and display it in a helpful format. This guide will take you through the basics of setting up an OBIEE 11g analysis and adjust the display to make the results more … END_OF_DOCUMENT_TOKEN_TO_BE_REPLACED

This tutorial will show you how to create master-detail relationships between view objects on the model layer. In this example we will create  multiple levels of parent/child relationships.   Before you start this ADF tutorial Before … END_OF_DOCUMENT_TOKEN_TO_BE_REPLACED

Hard coding menu options may be perfectly fine for small applications that are unlikely to change over time, but in most environments you will want to reduce the manual labour required to extend and maintain the system. This tutorial shows you how to … END_OF_DOCUMENT_TOKEN_TO_BE_REPLACED

If your programming projects ever require any kind of enhanced mathematical or scientific functions, you will probably need to install an additional library. This tutorial will guide you through the process of installing the Python XY toolset on your … END_OF_DOCUMENT_TOKEN_TO_BE_REPLACED

This video tutorial is aimed at demonstrating how to manage different types of sequences.  The version of Python used here is Python 3.1. The video shows how to work with strings, lists, tuples and dictionaries on Python. Sequences are nothing but … END_OF_DOCUMENT_TOKEN_TO_BE_REPLACED

Having a good teacher makes all the difference in education. As an “instructor owned” business, Firebox Training goes well beyond the typical resume to find passionate instructors that are experts in their field.

All Firebox Training instructors are certified in the programming they teach and have many years of hands-on practical business applications.